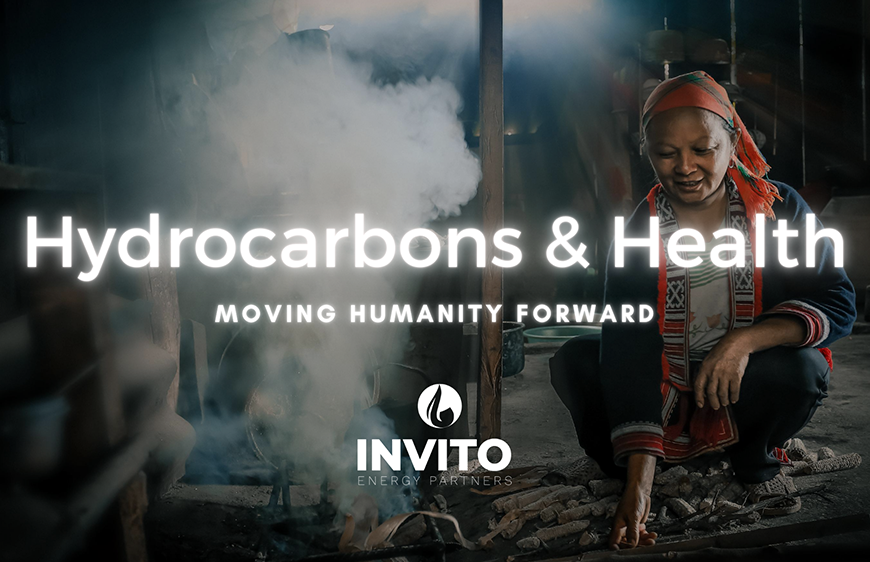 There are an estimated 1 billion people on the planet without electricity, another billion with only intermittent access, and 3 billion that still cook with biofuels…aka WOOD.

While there are many factors that affect the health of humanity, it’s hard to argue against the impact that hydrocarbons AND machines (“technology”) have had in covering the basic needs of humans; such as nutrition, health care, education, safe water, clean air, transportation, among others.

The flip side, energy poverty. Opponents of fossil fuels oversimplify the impact on humanity to environmental factors, mother earth, while ignoring interlinked health factors and lack of healthier alternatives.

Affordable access to hydrocarbons is, however, only one factor to sustaining alternatives for health. Energy-producing technology must be efficient! NO energy system is renewable since all technology requires the mining and processing of millions of tons of elements. Hydrocarbon based technologies, compared to “green” technology, on average use 10x less in these materials extracted and processed to produce the same amount of energy.

However, this conversation is not implying climate, certain energy sources, or the policies that drive them are silver bullets to health. Instead, availability to access and the lack of efficient alternatives are.

Merely, increasing energy use, when applied to developing nations, may indeed increase the growth of Gross Domestic Product (GDP) per person. However, once saturation is reached, it cannot be sustained without the application of efficient technology.

There is no single solution that can snatch the last billion people on earth out of poverty. But hydrocarbons have led the charge since the dawn of the petroleum age when Abraham Gesner invented kerosene making coal and petroleum practical fuel sources. But limiting humanities access to efficient energy choices, has massive negative implications to human health.

The modern world today enjoys some of the lowest poverty rates in history with unparalleled progress in the human condition. As the global economy has exploded the last 25 years, roughly 130,000 people are lifted from poverty every day. As a result, humanity is empowered to save lives, the environment, air quality, and water quality as never before. But, until more sustainable energy technology can be invented, hydrocarbons affect on health will continue to usher humanity forward for generations to come.